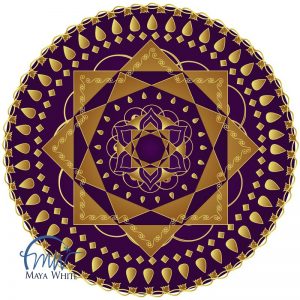 Hello and Welcome to my weekly astrology predictions Star Cast, where I bring you the update on what’s happening in the world of astrology and how you can apply the wisdom to enrich your life here on earth.

My key phrase for this week is: Count Your Blessings

Monday delivers two exciting planetary aspects – Mercury square Pluto and Venus square Neptune. This combination is really interesting because both are gifts that help us to see through illusion and get to the TRUTH.

Mercury is the messenger of astrology, and Mercury square Pluto, makes you cut to the chase without frills and/or funny stories. Just the facts, please.

And, Venus square Neptune helps (forces) you to take off the rose colored glasses and see what is really going on (rather than what you may want to believe).

As I mentioned last week, Jupiter is moving closer to the earth each day, and on May 8th, Jupiter will be the closest to the earth that it ever gets. Jupiter rises, or appears in the sky in opposition to the Sun; so now, when the sun sets in the west, you will soon see Jupiter appearing in the eastern sky.

The opposition is an either-or aspect, and the Sun opposing Jupiter delivers an equitable conclusion. Personally, issues that have torn you apart are rightfully laid to rest now. Universally, we come to a still point, a place of balance before the pendulum embarks on a new, higher round of evolution.

Even though he’s closest to earth, Jupiter is still retrograde and this may bring about delays in receiving money. It's OK, the funds are coming, but accept that there may be delays and don’t get too upset about this because astrology predicts that Jupiter does deliver – even if he’s sometimes delayed.

Jupiter will be retrograde until July 10th, two days before the New Moon solar eclipse of July 12th. In Scorpio, Jupiter retrograde teaches integrity and honor. Jupiter is deep in thought now; he's made his decisions, but not quite yet played his cards.

Just wait – the July's solar eclipse will force Jupiter to spew his secrets and fully reveal his hand. Now is a great time to schedule your personal astrology update!

Think of this as a seed time for your prosperity and work behind the scenes and do your work like a farmer preparing the fields for planting. You must pull weeds, fertilize, dig out some of those old rocks, and then, plant your seeds for a new and abundant crop.

With the moon is waning from last quarter to the New Moon next week the cosmic calling card says that this is a time for deep preparation.

So, think back to our truth telling aspects that start this week out – Venus square Neptune and Mercury square Pluto. We are given the gift of amazing clarity and the wisdom of ways to proceed forward.

Wishing you many blessings as you reach for the stars!

P.S. – Chiron in Aries, the Astrology Code Healer, now delivering vehicle to heal and fulfill your I AM presence. GET INFO MORE HERE