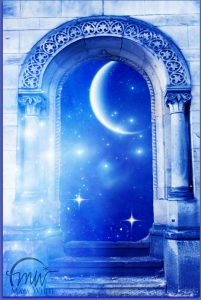 Astrologically speaking, this month is about time and transformation.

The early days of March are softer and subtle – a reference to the lamb. Remember that Mercury is retrograde until March 9th. Although inconvenient, Mercury retrograde is a time for reflection, review, and (yes) you can even get in some relaxation as the usual forward motion of everyday life is temporarily re-directed.

Plus, Venus enters Taurus on the 4th, where she stays until early April. Venus is the planetary ruler of the sign Taurus, so think of it like the Queen being home in her favorite castle. Taurus is the sign where Venus can let her hair down and get comfortable.

Even Venus conjunct Uranus on March 8th can be a special day of entertainment. When these two planets join forces anything can happen, and it’s often a lively reflection of the illumination that only Uranus can add to your everyday life.

Also, the Sun conjunct Neptune on March 8th lends a rainbow-like atmosphere to these early days of the month. Even Friday the 13th is a mellow day with the Scorpio moon forming only favorable aspects, sextiles and trines, to Mars, Neptune, Jupiter, Sun, and Pluto!

However, the quandaries of the world have never really left; they will be illuminated as Mars lights the flame of transformation. Planetary heavyweights, Saturn, Jupiter, and Pluto will be ignited as Mars rapidly approaches and joins, or conjuncts them at 22 – 24 degrees of Capricorn.

After the last quarter moon on March 16th – things start to heat up. Mars is the planetary cosmic activator. He will stir things up in the world, and as a personal planet, he knows how to get under your skin.

The question becomes: do you want Mars to give you an irritating rash, or a positive kick in the pants? You decide.

In astrology, Mars reflects your energy, your drive, and your willingness to go for what you want.
The last two weeks of March are stunning with a once in a lifetime series of activations.

Mars conjuncts Jupiter on March, 20th, Pluto on the 23rd, and Saturn on March 31st.

All planetary situations have both personal and Universal impact and this transit of Mars is no exception. Frankly, on the world stage, things can get wild as Mars lights up the explosive qualities of Jupiter, the stern side of Saturn, and the nefarious potential of Pluto.

Winning at this time means not getting distracted from your personal goals. The positive side of this Mars alignment gives you: spiritual protection (Jupiter), discipline and concentration (Saturn), and courage combined with a willingness to overcome obstacles (Pluto).

I know that you’ll use this information to stay on the sunny side of life. Stay alert and on track in this amazing time and you’ll embrace a fabulously positive future.

Are you ready for 2020? Schedule your update reading HERE.