Every evening you can see the moon growing larger in the sky. We are now at first quarter phase in the lunation cycle, and the key phrase for this phase is: Crisis in Consciousness. This can mean many different things, but the core issue winds down to taking action. And, we begin the week with the moon in Capricorn, a sign that is all about taking action. 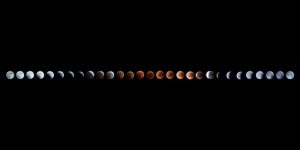 The growing moon is leading up to the Aries full moon in one week, on Monday, September 24th. Remember, Aries is a sign of new beginnings, so pitch in this week to set a standard of success.

By full moon, many of the planets will be in the early degrees of their respective signs; Venus in early Scorpio, Mercury at 2 degrees of Libra, Mars in early Aquarius, and Saturn at 2 degrees Capricorn, and even Uranus at 1 degree of Taurus. Surely, this is a planetary journey of new beginnings, so collectively we are breaking new ground in the month ahead. And, personally, it’s likely that each individual will be facing some aspect of having to start anew.

This week two of the most action oriented planets, Mars and Uranus, jockey into position to light a motivational fire. Mars and Uranus move into an exact square aspect on Tuesday, September 18. These two have been partner dancing into this aspect for quite some time. But there is one caveat here – you must still apply your will power to reap full advantage of this planetary aspect.

Mars, now direct, is traveling through Aquarius – a fixed air sign. Mars in Aquarius is stubborn and even fierce in his opinions. However, in an air sign, even Mars can get wrapped up in too much thought.

Hopefully Uranus, now in Taurus can light an everlasting spark in Mars. Taurus is also a fixed sign; fixed earth.

So, we have two dynamic planets both in fixed signs. Think of the fixed signs like freight trains – slow to get moving, but once in motion, they keep going.  Translated, this means, it’s going to be a bit difficult to get going, and you have to get out of your ‘head’, but once you do, you are unstoppable

Remember, the sun is now in Virgo, a sign of diligent work with practical results. Mars and Uranus are busy this week helping you get the job done.