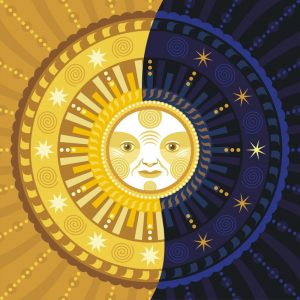 In addition, there are more astrological events that add to the significance of Solstice 2021.

We are still eagerly waiting for Mercury to station direct (June 22nd); the days before Mercury changes direction can feel a bit like the doldrums.

But, don’t be anxious; instead, you can enjoy this planetary respite.

During this time, this station will intensify Mercury’s energy.

Essentially, Mercury is resting while planning his next mission or mischief.

Plus, every year on Solstice, the Sun also stands still in the sky. After all, Solstice is derived from Sol (Sun) and sister (standing still).

The Sun stands still for approximately three days after June!

There are two more notable planetary events this week:

Here are some words from one of my favorite astrologers, Evangeline Adams (1968 – 1933), to help you understand Venus in the different signs:

“One might attribute Venus in fire (signs) as passionate, earth affectionate, air ideal or romantic, and water, voluptuous”.

Adams succinctly describes Venus in Cancer as “voluptuous” (I love it). As Venus moves into Leo on June 26th, she enters the realm of “fire and passion.”

In the language of the stars, Solstice 2021 is saying: “Be still, stay calm (trine Neptune), hold steady (oppose Pluto), and allow yourself to go deeply into the stillness. Hold space for a new and peaceful way of living.”

In love and gratitude,

Join me HERE at Astrologer Maya White on Facebook: 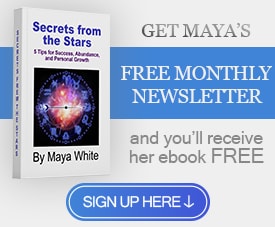