What is Chiron in Astrology?

Chiron is a wounded healer and a shaman, but there is much more to his story. As the Astrology Code Healer, Chiron brings Light to your DNA and repairs ancestral wounds. 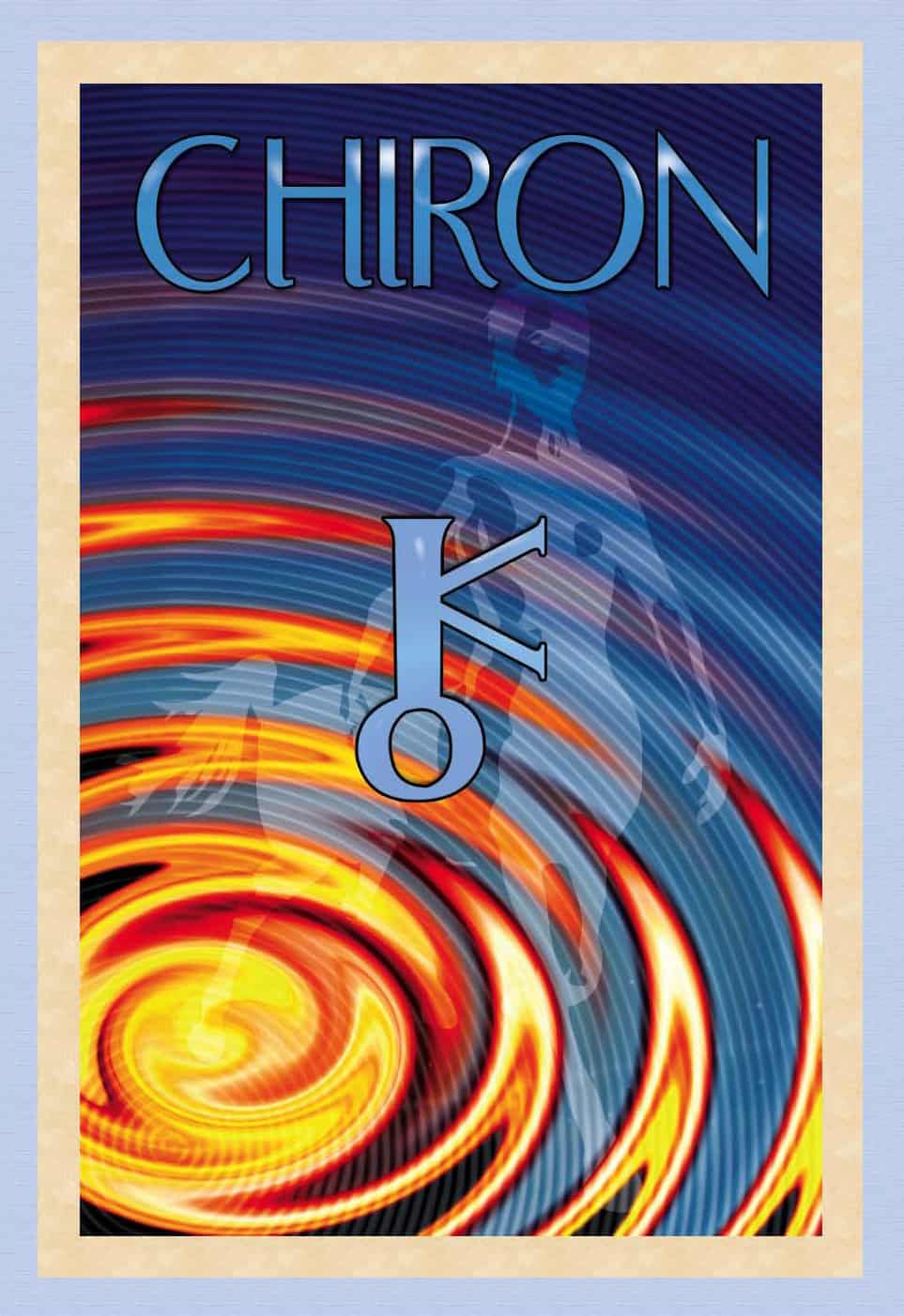 As a healer, Chiron in Aries restores the divine ‘I AM’ presence. In Aries, we separate from the primordial matrix of Pisces and declare sovereignty.

Concurrent with Uranus entering Taurus, humanity seeks to become whole and healed masters of manifestation. Mastery of ‘I AM’ requires walking the high path of Aries: courage, independence, and a willingness to take action.

It takes Chiron 50 – 51 years to travel through the 12 signs of the zodiac, however, the time spent in each sign is irregular. Because of a highly elliptical orbit, he spends the most years in Aries (approximately 8 years) and the least in Libra (1.5 – 2 years).

Chiron’s first keyword given by his discoverer, astronomer Charles Kowal, was ‘Maverick’.

Right from the beginning, Chiron was different from the others.  Often labeled an asteroid, Chiron may actually be a comet caught up by the Sun’s gravitational force.

Since ancient times, comets have delivered omens of historical change.  Delivering both good and bad events on earth, comets are undeniably visitors from another portal of the space-time dimension.

Chiron, the ‘Maverick’, orbits mostly between Uranus and Saturn, but sometimes moves out beyond even Neptune. Of his 50 year orbit, the maverick spends the most years in Aries and the least in Libra.

Chiron’s discovery caused humanity to want an existence that is healed and whole. Mythical Chiron was the first born of the race of Centaurs. At his conception, his father, Chronos (or Saturn), shape-shifted into a stallion.

His mother, the goddess Rhea, was shocked when she gave birth to a half bestial baby.  She left Chiron to die at the top of Mount Pelion, forcing him to heal his own darkness.

True to the centaur’s archetype of healing, Chiron transits often trigger wounding and consequential recovery events in an individual’s life.

Chiron was educated by the twin team of Apollo and Artemis. From Apollo he learned ethics, philosophy, math, music, reason, logic and medicine; all that is redeeming about civilization.

From Artemis, the huntress, he learned the way of the forest and the use of herbs.

Chiron grew to become a wise philosopher. He taught a wide range of topics from sciences to astrology and healing. He was a compassionate instructor, and even a surrogate parent. In his secluded mountaintop home, Chiron raised and educated the mighty warrior Achilles, another mythological spirit who suffered from a debilitating vulnerability.

Chiron is remembered as the guardian and mentor of Jason, the warrior whose journey led him to overpower an ever wakeful dragon. Jason’s dragon was likely the Lunar Nodes. The North and South Nodes travel endlessly through the sky, illuminating our soul’s journey.

Chiron, the wounded healer, is associated with the shamanic tradition.  The shaman serves his or her community and is the bridge between humanity and the spirit world. Often in the life of a shaman, there is an injury such as early disease, blindness, or a near-death experience causing him or her to gather power and drive to fulfill a unique destiny.

Native American prophecy states that when the planet of healing is discovered in the sky, the ancient sacred warrior teachings will return to the Earth. Soon after Chiron’s discovery in 1977 the Native American Religious Freedom Act was passed, allowing Native American medicine man to practice in their culturally prescribed traditions.

Many have pooled their wealth of experience to the body of Chiron learning.  Astrologer Richard Nolle points out appropriately, ‘the symbol for Chiron is a stylized key. Look at it and the meaning becomes clear. A key is a device used to open a passageway from one reality to another’.

Another great Chiron teacher is Barbara Hand Clow through her invaluable classic, ‘Chiron- Rainbow Bridge Between the Inner and Outer Planets.’

Clow brilliantly describes Chiron as ‘an energetic force; a healing process or, an action verb instead of a noun’. She furthers: ‘The placement of Chiron in the natal chart functions like a hieroglyph. Chiron is a vehicle in the chart to show where and how realities intersect. It is a doorway into feelings about events, …and a revelation of the cosmic influence. It is an occult or seeing tool’.

Clow’s book is a must read for anyone who wishes to understand the wise Centaur and how he functions in any astrological chart.

Two other astrologers made early notable contributions. In 1983, Erminie Lantero wrote, ‘I come to my own position. Chiron means to me the principle of healing or wholemaking. And. . . .  that  illnesses and deaths were found to occur frequently under Chiron transits.’

Zane B. Stein is noted for an early contribution to Dell Horoscope magazine in January 1981. He writes ‘the position of Chiron in the chart of the healer not only indicates the healer’s preferred methods – but also those tools that the healer will find most successful in treating others’.

Chiron rules a very specific part of sleep, sleep as a healing tool.

Other keywords assigned to Chiron by Stein are: common ground, personal imperative, turning point, pulling the plug or removing the dam, and loopholes.

The circumstances of Chiron’s death are the most dramatic. The wise master was accidentally wounded by a poisoned arrow fired by his friend Hercules. Being immortal, he did not die, but suffered on in great pain.

Finally, in a bargain struck with Olympus, Chiron agreed to leave his gift of immortality and descend through the gates of the Underworld to be relieved of his dreadful pain. In return, Prometheus was freed from his captivity and torture.

Prometheus is most remembered for stealing fire from the gods and giving it to humans.  He also relayed brick and wood work, astronomy, numbers and letters, ships and sails, and the mining of metals.

As an archetype, Prometheus is the Wild Man, or an expression of the planet Uranus.  So, as a rainbow bridge between Saturn and Uranus, Chiron is a catalyst of courage, wisdom, and love, ingredients which set the human soul free.

The Birth of a Centaur

Astronomer Charles Kowal, credited with the discovery of Chiron, lists the time and date as: November 1, 1977, 10:00 AM, Pasadena, California. The chart is rich in symbolism.

First, the ascendant is 26º Sagittarius, the Galactic Center. Amazingly, the Sabian Symbol message for the astrological degree of Chiron’s discovery at 4º Taurus is: ‘The Pot of Gold at the End of the Rainbow.’

In his book ‘Genesis of the Grail Kings’, author and historian Laurence Gardner presents his theory that the great pyramids of Egypt were built using a superheated white powder known as monatomic gold.

This altered form of gold functioned as an anti-gravity lubricant and helped workers move giant building blocks. Gardner suggests that monatomic gold was taken as a supplement by Egyptian pharaohs to enhance their creativity and self confidence.

Today, monatomic gold is said to be a substance which feeds and strengthens our light bodies and promotes ascension.

In addition to mystical arts and healing, I propose that Chiron be assigned rulership of monatomic gold. How appropriate for Chiron who grounds the pure energy of Uranus into the form and structure of Saturn; the maverick who holds the key to travel between the seen and unseen realms.

Chiron the Hands On Healer

The Greek root of the word Christ is ‘khrien’, means ‘to anoint’, an action of healing through the hands.  Chiron carries the archetype of a Christ who has returned to our dimension with a mission of healing the Lucifer rebellion which fueled our separation from Source.

His name remains as a root of the term ‘chiropractic’, another form of hands on healing.

On your journey to becoming ‘at-one’ and whole, he conveys the power of color and light as he moves you into a holistic life-style that abundantly supports your life.

Are YOU ready for a real transformation and healing?

Are you looking for support through a transition, seeking clarity in identifying and achieving personal goals and activating the universal wisdom held within your astrological chart?

Let’s activate your unique Astrology Code and create a Soul Life Coaching plan to help you step into your personal power.