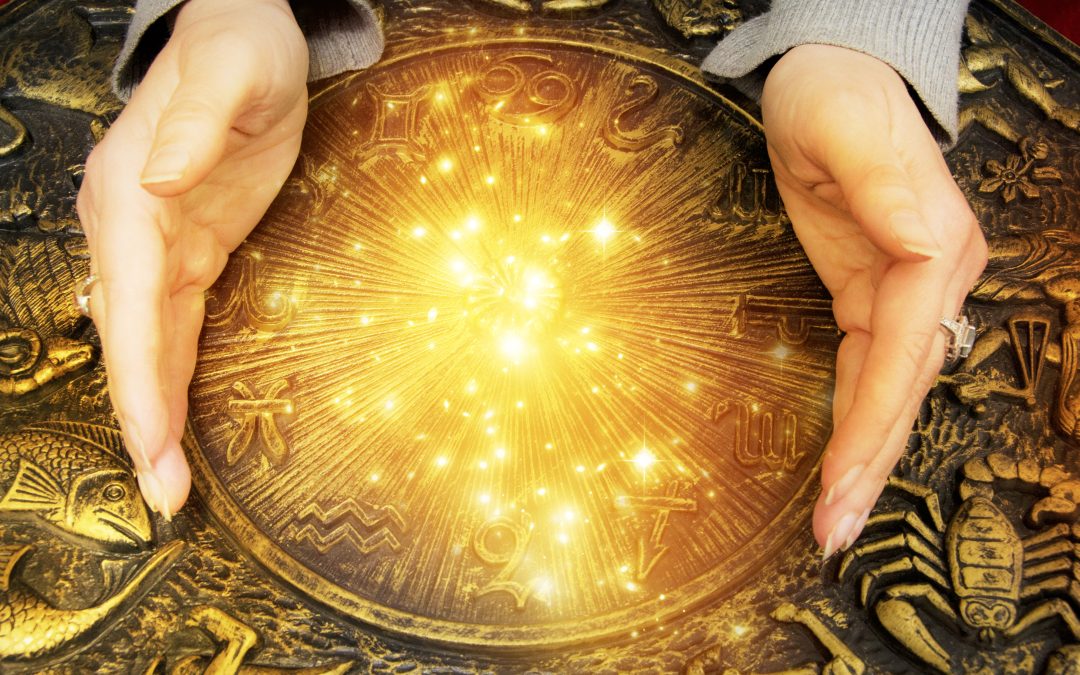 There are many things that make this lunation delicious. First of note is that the Moon is at 28 degrees Leo, and the Sun at 28 degrees of Aquarius (technically, the exact degree is 27.59, but you cannot get much closer to 28 degrees).

Just like when you’re cooking a pot of chili, the flavor changes and develops over time. If not tended, the pot of chili can even burn, or, it just gets old. Always best in cooking, and in astrology, too, is finding that ‘sweet spot’, where the flavor is developed, but not over-done.

This Leo Full moon activates the flavors of a mature Leo; grace, royalty, and sovereignty. The late degrees of Leo are rich and filled with flavor – colors of gold and purple, surrounding a well deserved victory crown.

Venus and Mars lend a high note to this Full moon through their union at 16 Capricorn. And, Venus has a secret power now.

The Power of Love
Having just emerged from her journey to the sun, Venus is in a dynamic new phase, and she is empowered and shining as the crowned goddess as the Morning Star.

To admire her, just look to the southeast before dawn. On the 16th, and for the week after, you’ll see her joined by Mars.

Magic Jupiter and Uranus are also developing a ‘relationship’. Jupiter in Pisces speaks to Uranus in Taurus through a action invoking sextile.

Jupiter is sometimes considered to be the planet of ‘good luck’ and indeed, sometimes the sky opens and Jupiter delivers his grace. Jupiter is benevolent, but there is also the luck that you make happen.

Uranus pierces the veil of illusion and loves your creativity. Like a lightning storm over water; there is wind and water, lightening and electricity and then – boom – a star is born.

You are the star, bright one!

Are you living in your Best Place? Order your very own AstroCartoGraphy Explained report HERE